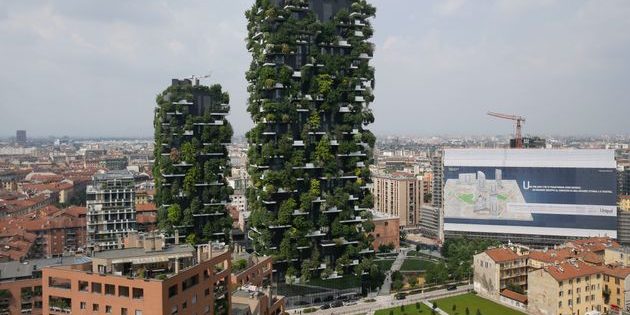 ‘Mortgage Holiday’? Borrowers In Italy, U.K. May Get A Break From Payments, And Canada Could Follow

Some U.S. cities are protecting renters with eviction bans during the outbreak.

With global stock markets tanking and coronavirus cases rising rapidly in Asia, Europe and North America, politicians around the world are racing to unveil emergency measures to help the economy weather the storm.

In Italy, where the entire population of 65 million has been under lockdown since early this week, the country’s finance minister has announced a policy that has earned some attention: Mortgage payments ― as well as other loan repayments for individuals and households ― will be suspended during the crisis. Details ― such as how long the holiday will last, or how lenders will be compensated ― haven’t been worked out yet.

Meanwhile, in the U.K. ― where policymakers hit the alarm on Wednesday, announcing both emergency government spending and a sizeable cut to the key interest rate ― individual banks are announcing they will suspend loan repayments for people and businesses “affected by the outbreak.”

It’s not just random politicking that prompted these decisions. Over the past decade, with interest rates at historic lows, households in many developed countries took on record levels of debt, as a share of income. Which means that a shock to the system that stops people from paying their mortgages could have a much bigger impact on the economy than it would have in the past.

Nowhere is that a larger concern than in Canada, where for years the Bank of Canada has been calling high household debt levels a key vulnerability to our financial stability. So, in the event of a “coronavirus recession,” the Bank may be open to this sort of “bailout” of homeowners ― as might lenders.

“If we get to the point where … the income of Canadians is materially disrupted, then I think that all stakeholders involved ― from the homeowner to mortgage provider to regulators ― would be in favour of providing temporary relief,” he told HuffPost Canada.

Canada’s banking sector is generally in better shape than Italy’s, but “even so, I would be surprised to not see Canada adopt similar measures in the event the outbreak hits the same scale,” said Stephen Punwasi, a data analyst who specializes in the housing market.

“Canadians view their homes as a savings vehicle, retirement plan, and payday lender. The government knows this, so they’ll pull out all the stops to prevent forced liquidations.”

Delaying mortgage payments would put “great pressure” on lenders, and Laird expects that, in a situation like that, either the federal government or Canada Mortgage and Housing Corp. would either offer lenders financial aid, potentially in the form of low-interest loans or straight financial aid.

Without aid “the small lenders would go bankrupt,” Laird said.

But “no one, including the lender, is interested in setting up a situation where there is an uptick in defaults,” he added.

But Punwasi notes a potential glitch in the plan: The rise of unregulated, private lenders.

“Almost 8 per cent of mortgages in Ontario were from private lenders in 2018,” he wrote in an email to HuffPost. “Most of that money is in major cities like Toronto. These largely unregulated lenders likely would not be subjected to the same kind of relief as regulated lenders.”

Some cities in the U.S. ― notably Seattle and cities in California’s pricey Bay Area ― are moving to ban evictions and utility shutoffs during the outbreak, in an effort to take some pressure off renters. Under new rules passed by city councils in San Francisco and San Jose, anyone who can provide documentation showing their income was impacted by the coronavirus can fight eviction.

The core rationale behind these moves was summed up nicely by Dean Preston, a member of the San Francisco Board of Supervisors: “Right now, being secure in one’s home is absolutely essential. And it’s one of the best ways that we can prevent spread of coronavirus.”