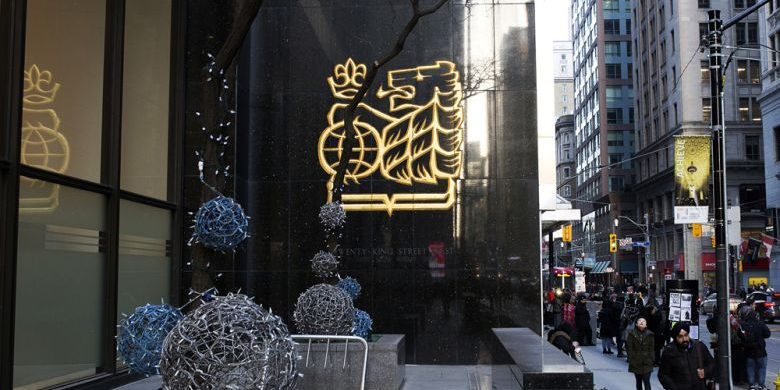 Domestic mortgage book grew 8.6 per cent in the fiscal first quarter, the biggest year-over-year jump in more than a decade

Royal Bank of Canada has widened its lead in mortgages against rival lenders as the nation’s housing market shows signs of renewed vigour.

The bank’s domestic mortgage book grew 8.6 per cent in the fiscal first quarter, the biggest year-over-year jump in more than a decade. None of Canada’s other big banks has achieved such a fevered growth rate in almost two years, with Royal Bank grabbing a greater portion of the $992.4 billion (US$742.5 billion) mortgage market spread among the country’s five largest lenders. Among those companies, Royal Bank’s market share is now 27.4 per cent.

“It’s demonstrative of our investments both in digital and distribution and talent,” Chief Financial Officer Rod Bolger said in a phone interview after Royal Bank reported first-quarter results. “We had been adding resources in the field while some of our competition was reducing their face-to-face advice.”

Royal Bank’s push comes as a rebound in housing takes hold. Home prices in some of Canada’s largest cities including Toronto have recently climbed to records amid a shortage of properties for sale. Including lenders outside the big banks, the nation’s mortgage market in December expanded 4.9 per cent from a year earlier to $1.63 trillion, Bank of Canada monthly data show. That marked a rebound from February 2019, when growth was the paltriest in 18 years.

Royal Bank has pulled further ahead of competitors including Toronto-Dominion Bank and Bank of Montreal, and even extended its lead over Bank of Nova Scotia, which has been No. 2 in mortgage growth since the latter half of 2018. At Scotiabank, mortgage balances rose 5.3 per cent in the first quarter, the biggest increase in two years.

Royal Bank is the country’s largest mortgage lender, based on an average balance of $271.8 billion in the first quarter.

“We are bringing a broader spectrum of advice and solutions to our clients, and when we do that we expect to continue to increase market share,” Bolger said, adding that Royal Bank is wooing customers with internet-based tools including OJO Home, an artificial intelligence-powered property search for Greater Toronto, and MoveSnap, an online concierge service for moving-related tasks.

The mortgage-growth revival comes as the government tweaks loan-qualification “stress test” criteria and the spring homebuying season approaches. Bank executives, who have spent recent years dealing with the risks of an overheated housing market, are largely shrugging off such concerns this time around.

“Sales activity has been solid, price performance is generally up in the market and it doesn’t feel overly frothy,” Bank of Montreal CFO Tom Flynn said in a phone interview this week.

At Flynn’s bank, the domestic mortgage book rose 2.9 per cent in the first quarter, the biggest gain since 2017, in what he said was a reflection of healthy market conditions.

Toronto-Dominion’s domestic mortgage balances rose 3.5 per cent in the first quarter, the biggest year-over-year jump since 2016.

“Definitely the volume of transactions in the market do seem to be picking up and the market does seem to be active again,” Toronto-Dominion CFO Riaz Ahmed said in an interview, adding that he expects “mid-single-digit” growth rate in Canadian mortgage volumes for the rest of the year.

Canadian Imperial Bank of Commerce, once the market leader for mortgage growth, increased home-loan balances by just 0.5 per cent in the first quarter after seeing its book contract for most of last year. Chief Executive Officer Victor Dodig promised improved growth by the end of the year as momentum builds.

“Our goal is to be closer to market from a growth perspective,” CFO Hratch Panossian said in an interview. “We’re on track with that.”Financial Post